In 1996, Judy Aron joined the proverbial “boy’s club” of Paso Robles winegrowers at a time when the region was only beginning to make a name for itself.

She planted her small vineyard along the steep slopes surrounding her family’s hilltop home on the westside of Paso Robles, in an area that would become known as the Templeton Gap—so named for a providential notch in the coastal mountain range. She recognized that her land’s limestone, shale and clay soils, coupled with cooling Pacific breezes flowing through the gap, had immense potential for fine wine.

In addition to planting Cabernet Sauvignon, Judy took the unusual step of planting Primitivo—the European sibling to Zinfandel, Paso Robles’ heritage variety. She was also an early proponent of dry farming at a time when heavily irrigated vineyards were the norm. Along the way, she collaborated with veteran viticulturist Richard Sauret and consulting winemaker Mikel Olsten to maximize the potential of her fruit—forming a team that remains intact today.

In 2004, Judy produced her inaugural vintage under the AronHill Vineyards label, honoring her maiden name (Hill) with a nod to the winery’s hilltop setting. The horse depicted on the label reflects her zeal for all things equestrian.

Today, Judy considers the Tasting Room near Paso Robles an extension of her home. Here, she cultivates a welcoming spirit that is rooted in her Portuguese heritage. “We want to be known for great wine, excellent food, personal service, and warm hospitality,” Judy says. “Making wine is one thing, but sharing it is ultimately what we are all about.” 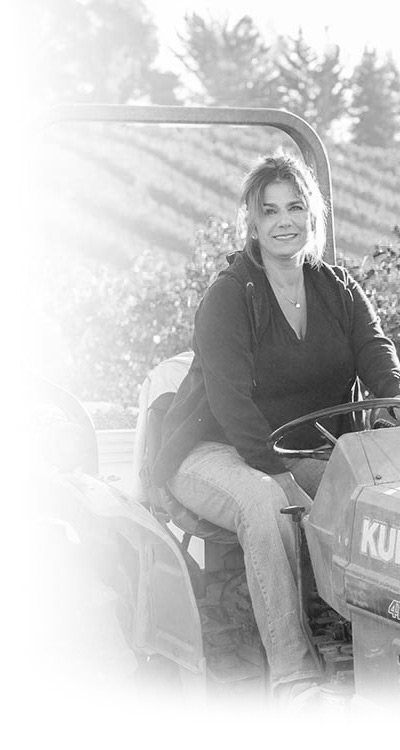 Be one of the first to take advantage of limited offers and upcoming events. 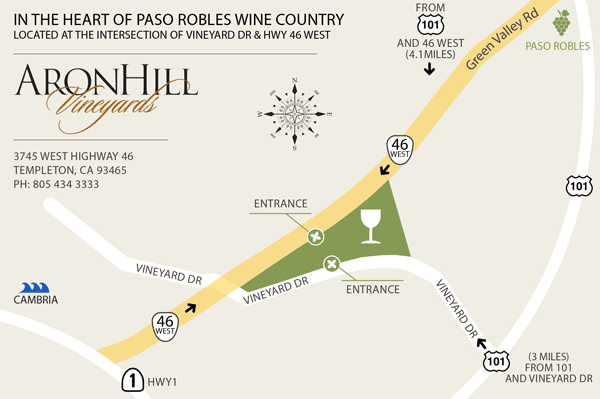